Since ancient times, beeswax has been loved by royalty, nobles, collectors, and people all over the world. It has not only been used as jewelry, neck ornaments, etc., but also has been praised and praised for its mysterious power. It is the blessing of ornaments and religions used by the royal family in the past, which gives the wearer and collectors unparalleled luck and wealth.

The beeswax culture originated from Tibetan Buddhism and is a very spiritual treasure. It belongs to one of the seven treasures of Buddhism. It is rumored that it has doubled its spiritual effect. According to traditional medicine, beeswax is a good medicine. The ancient Chinese book Shan Haijing "It is recorded that "there is no ailment", so in ancient times people often wear beeswax to prevent disease. Today, beeswax is mostly used for decoration, but its cultural value is the most important reason to attract collectors. 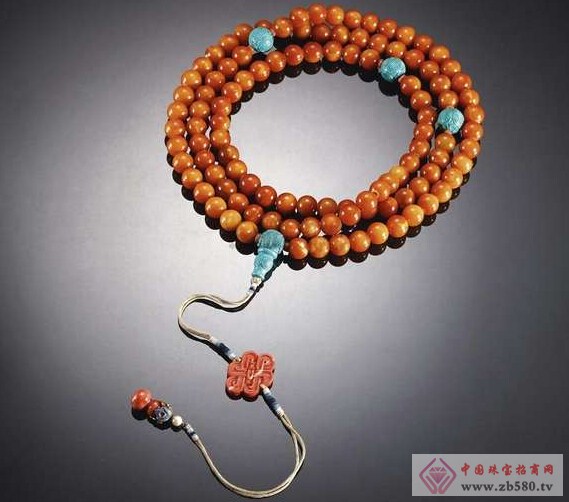 Wax and amber are the same kind of material in the Western view. They belong to organic gemstones and need to be formed under the ground for thousands of years or even hundreds of millions of years. But in the Chinese concept, the transparent is called amber, and the opaque is called beeswax.

The beeswax is divided into old beeswax and new beeswax. The latter is colored like egg white, and the former is like chicken yellow. The formation of beeswax is much longer than that of amber. They all retain the biological evidence of biology, geology and climate in ancient times. The industry also has the saying of â€œmillennium amber, beeswaxâ€.

The ancients in China believed that amber was a change in the soul of the tiger after death. In Tiangong Kaiwu, the amber of the cat's yellow and slightly reddish is the most expensive. In Europe, amber beeswax has always been regarded as a representative of its gem culture. Legend has it that amber is a change from the tears of the ancient Greek goddess Herlithus.

Amber produces a lot of places, most of the beeswax on the market are produced abroad, Dominican beeswax, snow mountain beeswax, water wax (a relatively transparent kind of beeswax), silk wax (with filamentous stripes inside), Baltic honey Wax (presents creamy yellow and golden yellow, or translucent between the two). The beeswax from Denmark is top grade, its color is subtle and pure, and it is basically opaque. In addition, China's Liaoning Fushun coal mine also produces a small amount of beeswax and amber, and some of the existing old beeswax beads are produced in Fushun Coal Mine. Some coal mines in Tibet also produce a small amount of beeswax, but the output is very small. The old beeswax beads of Tibetan Buddhism are mostly from these coal mines.

In Europe and other places, amber is allowed to be optimized. Among them, the amber amber is crushed by heat and pressed to form a beautiful lotus leaf scale, which has different feelings from different angles.

Before the 7 or 8 years, the market for beeswax was almost stagnant. In the past two years, there has been a sharp increase in prices. On the one hand, demand has increased, while on the other hand, resources have been scarce. Therefore, the price of beeswax has also been chased by investors.

Natural beeswax varies greatly in size and quality. The highest value is the "old beeswax", the price has even exceeded the diamond. The so-called old beeswax, one refers to the natural beeswax ore that has been mined by beeswax raw materials and has been naturally weathered and oxidized for many years; the other is natural beeswax ornaments or objects with a certain history and years of traces. Old beeswax has yellow, red, and different inclusions, which have different color reflections. No matter what color of honey wax, when worn by people, it will be gorgeous and warm, showing the old-fashioned, pleasing and pleasing to the eye.

The collection of old beeswax is much higher than ordinary beeswax. Some shops specializing in amber and beeswax usually have a history of old wax bees, which are not sold, but only used as treasures of town shops. Contrary to the market decline of gold all the way, the price of beeswax has risen in recent years due to its rarity. Especially in some old and collectible old beeswax, the price has increased 10 times in three years.

At present, the price of new beeswax on the market is about 100 yuan per gram. Last year, the price per gram was only 40~50 yuan. The better value of the wax appreciation is faster. The former 300-400 yuan / gram of beeswax has now soared to 2000-3000 yuan / gram, of which the fine old wax is up to several thousand yuan a gram. Its price far exceeds gold. In recent months, on the basis of the original price increase of beeswax, 20-30% growth has occurred again, and the good-quality beeswax has even risen 1~2 times. Now, beeswax has become a dark horse in the collection market, and its sales even exceed the traditional jade and Hetian jade. Many merchants operating jade and Hetian jade also began to add beeswax in the store, and even more, they simply switched to do the beeswax business.

According to data from the Artron Art Network, beeswax first appeared in the art auction market in 1994. At the autumn auction of China Guardian, a Ming Dynasty "beeswax lotus leaf wash" was sold at the price of 44,000 yuan. After that, the beeswax auction price has been soaring. At the spring auction in Beijing's Ronghai in 2012, a â€œbee wax crystal peltâ€ set a high price of the current beeswax artwork at a high price of 920,000 yuan. Auction price.

There are many ways to identify beeswax at present, but it can be summarized as follows: The first is to look at the color. The color of the beeswax is very rich. In addition to the common yellow, it also includes red, blue, black, purple, green, etc., and the color looks very comfortable, the color transition is very natural, and the fake beeswax color is often different.

Secondly, when buying amber, first observe the bubbles contained in the body. If the bubbles are mostly round, they are genuine. Generally speaking, the bubbles in the pressed amber are mostly long and flat.

When picking amber or beeswax, you can also rub the surface with your hands, and the loose scent will be the real thing; or the needle will burn the red thorn wax, there will be a light and loose flavor, while bakelite and plastic will give you a spicy taste. The smell is sticky and sticks to the needle. Many collectors use this method to check the authenticity of the beeswax.

Put the beeswax in saturated brine. The true amber will float on the water due to its low density, while ordinary plastic, glass, acrylic and bakelite will sink.

Finally, beeswax, like amber organic gemstones, is warm to the touch and does not have a cold feeling, while synthetic beeswax feels as cold as touching jade, glass and other objects.

The maintenance of beeswax and amber is very simple and can be worn and played frequently. Beeswax is afraid of high temperature. Do not leave it in direct sunlight or high temperature for a long time. Because it is too dry, it will cause cracks. Wax is an organic natural fossil. It is afraid of strong acid and alkali, it will be corroded, so it can not be worn. Take a bath of beeswax jewelry, and don't let beeswax come into contact with organic solutions such as nail polish, perfume, hair gel, etc.; the wax is low in hardness, be careful not to fall and be sharpened by sharp objects, or sharp with diamonds or Hard jewellery is stored together; after the wax is stained with dust and sweat, it can be washed with warm water, rubbed with hand, rinsed, dried with a soft cloth such as glasses cloth, and rubbed with a small amount of olive oil or tea oil to restore the gloss; For beeswax, the best maintenance is long-term wear, often play, because the body's oil can make a bright patina on the surface of the beeswax, the more the more bright.