Why Bosideng Transforms O2O Imperative with "Wings Flying Together"

Bosideng, as a veteran traditional clothing brand, made surprising achievements in the "Eleventh" this time. You know, "Double 11" has always been the world of Internet brands. Bosideng inherited the traditional brand of genes but made a beautiful trip online, thanks to Bosideng's prophetic thoughts on internet thinking and the early stage of internet operation. Input.

At 0:00 on November 12, 2013, the figures on the display screen of the Bosideng e-commerce operation hall were fixed at 1100.2 million yuan, indicating that Bosideng Group's "double 11" network sales data in 2013 increased by nearly 10% over the previous year. Sixth sales. Taobao data monitoring tool data cube data shows that Bosideng flagship store down apparel goods sales of more than 60 million the same day, ranking first in sales of down apparel, than the brand ranked second over 23 million yuan. Since joining the "Double 11" for the first time in 2010, Bosideng has always been at the forefront of online sales of apparel brands, with single-day shipments rising to 50,000. 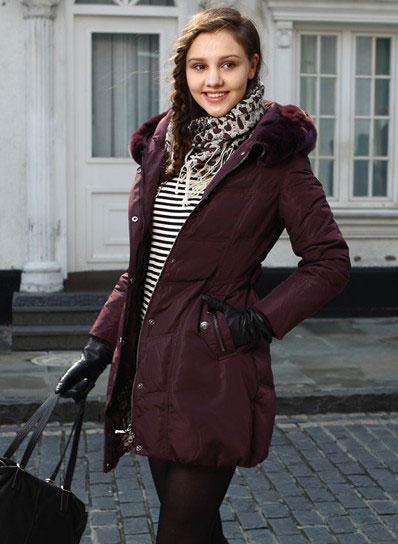 Bosideng, as a veteran traditional clothing brand, made surprising achievements in the "Eleventh" this time. You know, "Double 11" has always been the world of Internet brands. Bosideng inherited the traditional brand of genes but made a beautiful trip online, thanks to Bosideng's prophetic thoughts on internet thinking and the early stage of internet operation. Input.

Do not fight without preparation

â€œAs early as 2008, Bosideng began its attempt in the field of e-commerce. In 2009, we established the e-commerce department, developed our own ERP system specifically for e-commerce, launched our own network affiliate system and conducted a strategy with Taobao platform. Sexual cooperation, and later, Bosideng, Xuezhongfei and many other sub-brands have opened flagship stores on Taobao to carry out online and offline interactive marketing projects."

â€œE-commerce is not just a single sales channel. We must re-evaluate the e-commerce platform from a new perspective. It is a resource integration platform, a new sales platform, and a management upgrade platform.â€ Wang Chengjun said that the Bosideng Group has an The development is very important. At present Bosidengâ€™s e-commerce platforms include Taobao, Tmall, JD.com, Amazon, Vipshop, No. 1 and Dangdang. Sales are mainly focused on Tmall, Taobao, JD.com, Amazon, and CD. This will be on several third-party platforms. Although entering third-party platforms is the only way for most traditional brands to â€œtouch the netâ€, Bosideng is not forgetting to adapt to different platforms according to local conditions while using mature platforms. This is Bosidengâ€™s top spot in the E-commerce Carnival days. one of the reasons.

According to report, Bosideng selected hundreds of hot products according to the current fashion trends before the "double 11", "double 12" and other e-commerce carnival, and launched more than 30 main push models to meet the young consumption of the Internet. The needs of the community. At the same time, in order to ensure the efficient operation of the system, Bosideng splits the logistics module on the basis of the self-developed order system and establishes an independent WMS logistics system to prevent sales system failures.

Bosideng will also link the order system with the Alibaba Group's polylithic tower system to ensure order entry at a high speed. In order to further increase customer loyalty, Bosideng also introduced the CRM customer management system to actively maintain the relationship with its old customers. In addition, in order to lock in more consumers during the event, Bosideng will display the details and perfection of its products through visual control, product shooting, copy design, and page layout. In particular, Bosidengâ€™s official flagship store has a theme of â€œfocusing on 38 years of excellence and quality itemsâ€ to create a strong brand culture and increase the emotional viscosity with consumers.

Over the years, meticulous preparations and solid research on e-commerce thinking have helped Bosideng explore road e-commerce. In Wang Chengjunâ€™s view, the Bosideng brandâ€™s high reputation and reputation in the minds of consumers is the most popular brand for online promotion. Powerful weapons. With the deepening understanding of the e-commerce business, Bosideng has entered a high-speed, professional development stage in the e-commerce field. However, while Bosideng has achieved amazing results in the area of â€‹â€‹e-commerce, he also suffers from "honorable troubles" caused by counterfeit and shoddy goods.

â€œBecause of the high popularity of the Bosideng brand, counterfeit products often appear online, which not only damages the brand image, but also greatly damages the interests of consumers. The company and related departments have organized special counter-fighting activities to curb counterfeiting and inferiority.çŒ–ç— phenomenon.â€ Wang Chengjun told reporters that since the beginning of 2013, Bosideng had reported on the infringement of counterfeit Bosideng clothing sold by a large number of online stores, and with the full support of several appliance manufacturers, it cracked down on the relevant departments in counterfeiting operations. Network infringement.

In March of last year, Chenzhou, Hunan Province, had cracked one of the countryâ€™s largest Bosideng cases of counterfeiting. It is reported that Bosideng Company found that more than 100 online stores on Taobao are selling counterfeit Bosideng down jackets. The loss of these counterfeit dens to the brand is immeasurable.

Bosideng Chairman Gao Dekang once said, â€œThe Internet is a new thing, but it is a good thing, but there are also troubles. Online fraud is much easier than offline, and criminals can register for an online shop to sell as long as they have an ID card. The more famous brands are, the more counterfeit the Internet is, because it has space, and the brand with insufficient accumulation has no one to fake. The counterfeit goods do not seem to be on the surface, but it is a deception to consumers, Bosideng hopes that the government Can increase the control of network counterfeiting."

Gao Dekang believes that the highest proportion of IP disputes is currently in all e-commerce disputes. A data at the beginning of 2013 also shows that in the e-commerce disputes, the proportion of intellectual property disputes reached 61.54%. Among them, the most representative is the "Pirates of the map," many sellers selling fake and shoddy products in their own shops infringing use of brand companies, pictures, text, video, etc., and seriously mislead consumers. Gao Dekang exemplifies, "If a user claims to be a brand's network agent or licensee, the e-commerce platform should require him to provide relevant supporting documents and verify the authenticity of the document."

More than a month ago, Bosideng released its annual results announcement. As of March 31, 2014, the company's annual profit reached 702 million yuan, of which the down apparel business ranked first in the industry with a market share of 37.8%, while the non-down business was slightly different. Rose 1.9%. For the future of e-commerce in the direction of O2O, the future e-commerce business of clothing companies that are generally concerned about outside, Bosideng CEO Liang Xuhui said, â€œBosideng has already started exploring and trying in this field.â€

Specifically, Bosideng will establish a common CRM and VIP management system for the Group; actively engage in market development of wearable carriers, broaden online sales channels, establish online brand operation plans through data analysis, and explore online and offline interactions. Bosidengâ€™s large number of directly-operated stores will become Bosidengâ€™s heavy weapons for the development of O2O models. At present, each of Bosidengâ€™s direct-operated stores will be a solid foundation for future O2O business, while new codes such as QR codes and WeChat marketing will be available. The model has also been incorporated into the development plan.

If the intention of Bosideng to lay out e-commerce in 2008 was to hope to make full use of the e-commerce platform and reach out to more young consumers, through the in-depth interaction with consumers, young consumers' brand awareness and emotional connection will be improved. So, the time has come to 2014, in the face of the transformation of the e-commerce sector, Bosideng's e-commerce layout refers to the integrated layout of â€œonline, offline, and wingsâ€.

Gao Dekang once publicly stated that the development of e-commerce has caused a fundamental change in the competitive landscape of apparel companies. All apparel brands have fully felt the great attraction of the e-commerce model. In this platform, the hot spot of e-commerce is O2O. In 2014, Bosideng also proposed to do strong e-commerce, to achieve an integrated online and offline layout, to integrate online and offline development, and actively embrace the era of the Internet and mobile Internet.

Bosden has two ideas for testing O2O, Wang Chengjun said, "On the one hand, Bosideng must carry out O2O's online and offline resources integration on the basis of existing advantages, and integrate existing products, logistics, and other resources to make online. Commodity richness, logistics response speed, and customer experience have all improved. On the other hand, Bosideng not only focuses on e-commerce development on the PC side, but also pays more attention to mobile internet sales platforms such as QR codes and WeChat.

"With the rapid development of e-commerce, physical stores may become e-commerce fitting rooms in the future." For this statement, Gao Dekang believes that as long as the interests of online and offline distribution, incentive mechanisms, online and offline can be Win-win. Gao Dekang said, â€œA Beijinger went to Shanghai to buy something. He saw this dress in the shop, but he returned to Beijing. Maybe the size of the Beijing store is not. He transferred from online to Beijing. Actually, this is a The new way of shopping experience. So, this is not contradictory, the key is to look at how to merge." And online online product differentiation, Wang Chengjun said that Bosideng has a part of the product is dedicated online contributions.

This kind of environmental PVC sheet mat is our top rank PVC mat, We costed about 3 years to do experiments,and invest a lot of funds on it, finnally we make it tightness, stable quality, green and healthy product. It sells well in many different countries in the world.High quality PVC COIL MAT has a good performance on waterproof,antislip and it is easy to clean. We use high quality PVC material to produce our products and our products are in high quality, soft,and durable in all seasons.If you feel our products is pretty good,i think we can work together with eath other in this field.
We also have many kinds of PVC floor MATS, such as Welcome floor MATS, B beginning floor MATS, embossed floor MATS, parquet and so on.We can customize the weight, size and pattern of floor MATS according to your requirements.So please don't worry, if you have any need, please inform us directly.Good quality, fair price, welcome to consult
This mat is PVC sheet mat,Its surface with many pattern, simple, atmospheric, classical.The soft surface makes your feet feel comfortable when you step on it.At the same time, the silk ring design can dust, waterproof.
Floor mat has a lot of kinds, color, design, style is different, can undertake choosing according to your individual be fond of, rise to decorate the effect of the house