Arnys is a French old-fashioned haute couture store dating back to 1933. Founded in 1933 by the famille family (famille Grimbert). For nearly 45 years, the brand has been managed by Jean Grimbert, the third generation successor of the Granberg family, and Michel Grimbert.

Arnys is a French old-fashioned haute couture store dating back to 1933. Founded in 1933 by the famille family (famille Grimbert). For nearly 45 years, the brand has been managed by Jean Grimbert, the third generation successor of the Granberg family, and Michel Grimbert.

Arnysâ€™ historic store is located on 14 Serau Street, opposite the HermÃ¨s flagship store. Arnys is famous for its exquisite workmanship in men's clothes. Although it is rarely seen in the fashion news, fashion giants are very popular with it. For example, Yves Saint Laurent, a luxury crocodile, Pino and his celebrities like it. Custom clothing. Last year, Arnys broke the tradition and began to participate in Fashion Week and other activities.

It is reported that Arnys's iconic clothing is the ForestiÃ¨re men's top designed in 1947. The Arnys brand store is located on rue de SÃ¨vres in Paris and features a handy workshop. Many well-known politicians and artists frequented the shop, including former French Prime Minister Laurent Fabius and FranÃ§ois Fillon. The Arnys store has about 20 employees and a turnover of close to 10 million Euros.

According to foreign media, the French luxury goods retailer PPR has also participated in the Arnys acquisition competition, in order to expand its capital to deal with the rapid growth of the men's clothing market, the game and killing. 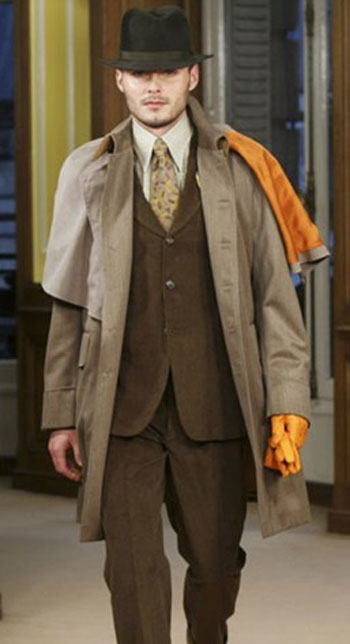 Recently, LVMH Group decided to acquire 100% equity of Arnys brand. The group hopes to promote the development of its footwear brand Berluti through this transaction. Berluti first introduced men's top garments in January 2012, after which the brand will also provide customized services to customers.

In addition, the new senior menswear custom brand under LVMH will be named â€œBerluti by Arnysâ€ and the Arnys store will also change its name. The head of the new store will be Alessandro Sartori, the director of brand design at Berluti, who was previously the creative director of Ermenegildo Zegna, a well-known Italian menswear brand, and entered Ruvey in 2011. LVMH Group, but after the acquisition is completed, Michelle Grain will continue to serve in the new store.